For weeks and weeks The Phi and her class rehearsed for the big Christmas play. The Phi even had a line. Just one line, but it was a good one. We practiced her line every night before bed, and before we knew it the big night was here!

The Phi was a pink butterfly and I was lucky enough to be able to help get the kids ready. 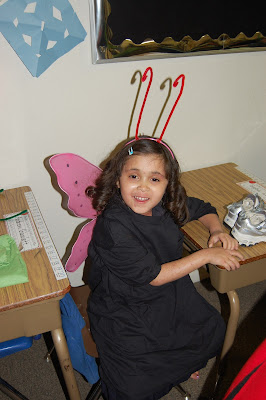 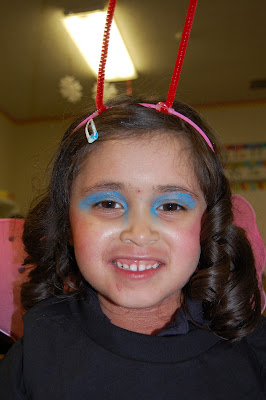 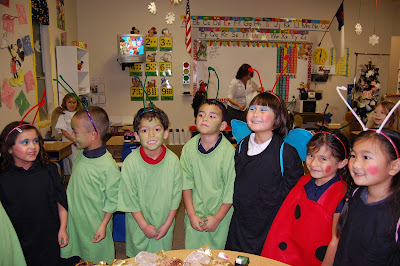 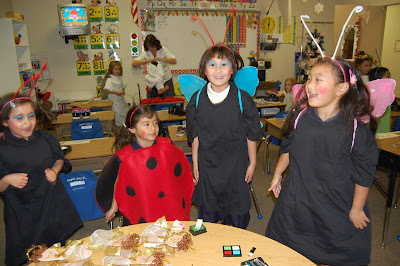 Oh man, these school plays are crazy brutal. The school tried to eliminate the craziness by selling a DVD of the entire production for $10, but it still doesn't stop these parents. As soon as the light dimmed parents went nuts doing what they had to do to get a picture of their kid. Pure madness. So bad that I could not really hear or even understand what the play was about. I know the kids were dressed as animals and Baby Jesus was somehow involved. 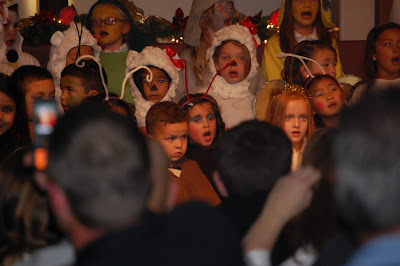 Lou was there and sat with Grandma Kim for most of the performance. She was well behaved. 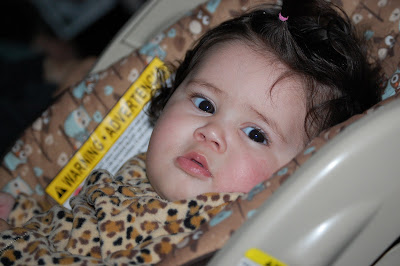 They sang a lot of songs. My favorites were "This Little Light of Mine" and "Silent Night". I mean when a bunch of little kids try to get those high notes in Silent Night it's just hilarious and cute. 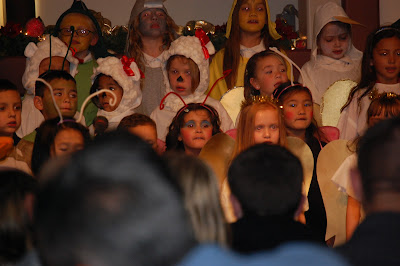 The Phi's line was in the second scene and was "Isn't it great to be one of God's little creatures." She performed it brilliantly! Not too soft and not too loud, but like Baby Bear's porridge it was just right. 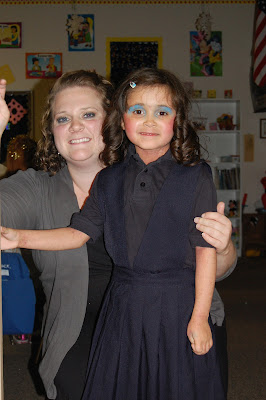